Lessons we learned from the last decade…

What do I need to know about the SECURE Act?

Wuhan Flu has markets on edge but…

Lessons we learned from the last decade…

The best way to see how much can change in a decade is to remember how things were at the end of the last one.  In 2010, we were coming off the worst decade for stocks since the 1930s. The Great Recession had devastated the retirement savings of millions of people. Many of the world’s most famous financial institutions had collapsed.  And the national unemployment rate was near 10%.1

It was a scary and uncertain time. Many investors had fled the markets entirely by 2010, some for good. As a result, they missed a remarkable recovery that was just around the corner. Not only that, they missed the longest bull market in history.

In hindsight, it might seem obvious that there was nowhere to go but up. But just as the start of a recession is very hard to see coming, the ending can be equally hard to wait for. People can be forgiven for thinking the worst was still to come, because in 2010 and 2011, there were still a lot of ominous headlines to deal with. Do you remember any of these terms?

For the first few years, fear abounded as to whether the global economy would be able to recover at all. Nation after nation dealt with spiraling debt that couldn’t be paid off. Remember how often Greece used to be in the news? Some analysts speculated about the possibility of a second recession. 2011 was an especially tenuous year for the stock market, especially when the United States’ credit rating was downgraded for the first time in history.

During this time, however, the world’s largest central banks were working behind the scenes to keep the recovery going. In the United States, for example, the Federal Reserve embarked upon a massive bond-buying program, to the tune of $85 billion per month. This accomplished two things. First, it flooded the money supply and kept interest rates historically low. Lower interest rates made borrowing less costly, which meant businesses and individuals could borrow and spend more, thereby pumping more money into the economy as a whole. This, of course, equaled growth. Slow growth, but growth nonetheless.

The second thing the Fed’s bond-buying did was drive more investors into stocks. Low interest rates often lead to lower returns for fixed income investments, so it was into the higher risk, higher reward stock market that investors went. All this had been going on for years, but the results were only then becoming apparent. So, it came almost as a surprise when the markets reached new highs, even though the economy still seemed to be licking its wounds. It was in mid-2013 that the Dow hit 15,000 for the first time, rising to 16,000 by the end of the year, and then 17,000 the year after.

But that didn’t mean the markets were immune to volatility. Despite the economic recovery, many experts spent the decade in near-constant fear of another bear market. Every wobble, every market correction, was watched with fearful anticipation. It was like standing next to someone’s hospital bed, thinking every next breath will be their last. Some of this was probably a form of post-traumatic stress caused by the Great Recession. The rest came from the spasms of an ever-changing world.

Oil prices plunged dramatically around this time, hurting both oil-producing nations as well as the energy industry. China’s stock market crashed. The Greek debt crisis reared its ugly head again, prompting fears that “financial contagion” would spread and create another global recession. And then came Brexit. The news that the United Kingdom would leave the European Union sent shockwaves around the world. And, here at home, one of the most bitterly contested presidential elections in U.S. history had both sides of the political aisle forecasting economic ruin if the other side won.

But despite the dire predictions, these developments only slowed the recovery’s march rather than derailing it completely. In fact, by July of 2016, the Dow, once again, hit new heights.

While most of the decade had seen slow-but-steady growth, the horse started picking up speed as it neared the finish line, buoyed by tax cuts, increased government spending, and corporate earnings.  Nowhere was this truer than with the Dow. Comprised of thirty of the largest publicly-traded companies, the Dow hit 20,000 for the first time in early 2017 – and closed well above 28,000 on December 31, 2019.2

Exactly ten years before, the number was only 10,428. That’s an increase of over 170% – the culmination of the longest bull market in history.

Of course, it wasn’t all smooth sailing. The trade war with China is an ever-present concern, with rising tariffs often leading to brief, but dramatic, downswings in the market. 2018 was actually a down year for the S&P 500, the only one of the decade. And as the 2010s drew to a close, many economists warned of a slowing economy – with maybe even a mild recession in store.

Despite these warnings, investors did what they had done for most of the decade: Act startled, and then head right back into the markets. Some pundits called it a market “melt-up” instead of the usual meltdown.

What have we learned? Three things…

One, for an advisor like me, it means there’s more to keep track of now than ever in the past. But two, it means we should react less to the headlines of the day – or to each individual ripple. A butterfly might flap its wings in Beijing and cause a hurricane in Topeka, as the saying goes, but there are butterflies flapping their wings everywhere. That’s one reason why we saw many storms but fewer hurricanes in the 2010s.

Another thing we learned? Sometimes, most times, slow and steady really does win the race. We were all taught the truth of this as children when we learned the story of the tortoise and the hare. The past decade proved it. Everyone loves growth that comes fast and hot, but when something burns fast and hot, it tends to burn out faster, too. One reason we never saw the recession so many people feared is because the economy recovered as slowly as it did. It’s a lesson we can apply to our own financial decisions. While it’s always tempting to chase after windfalls and jackpots, it’s so much smarter to prioritize steady progress over short-term whims. The race to your goals is a marathon, not a sprint.

Because if there’s one thing we learned this decade, it’s that a prediction is like a person’s appendix – pretty much useless.

With that in mind, I won’t make any predictions for the coming decade. If history is correct – and it always is – another market correction, another bear market, another recession will come eventually. Whether it’s this year, or next, or the one after that, who’s to say? What’s more important is that we remember this: It’s when we fly that we should have the healthiest respect for gravity. But it’s when we’re on the ground that we should raise our eyes to the skies.

Investing without a plan is like trying to find our way in the dark.  By applying our strategy to align your goals to your True North, we have a plan that is so much more valuable than any prediction! We may bump into the occasional obstacle, sometimes may even trip, but if we hold to that star, we will keep moving forward in the direction to achieve your goals and Make Work Optional.

We will make this decade whatever we want it to be.

Happy New Year! My team and I can’t wait to spend the next decades with you! Let’s make work optional™!

Investing in 2022: Trends to Watch 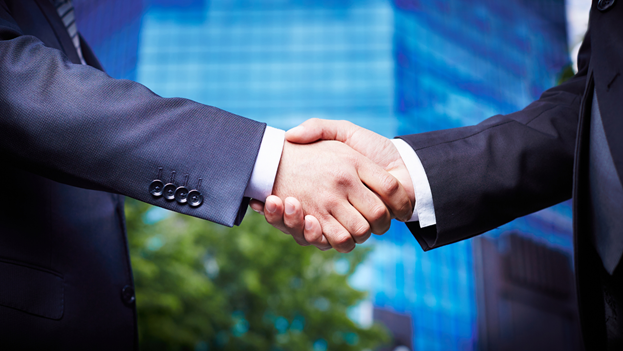 Have You Ever Thought of Selling Your Business? 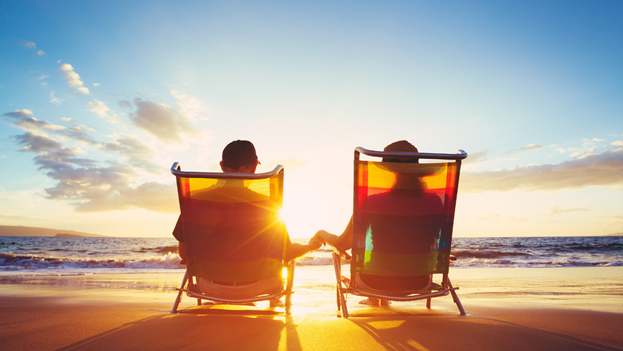 What To Do in Retirement and Why it Matters